The weekend started out with going out to dinner with my family at Apple-bee's. It was great to be with my family. We haven't been out to dinner in a long time. After dinner we went home and my mom and I prepared my talk for the baptism, and then we went to the store and helped out Tiff to get ready for the open house the next day. The next day was jam packed. We had two soccer games, P's at 930 and Connor's at 10. Parker did awesome and finally scored a goal after 10 shots on goal. This is Connor's first year playing competition soccer. And his team has had quite a year making the transition. Saturday was his last game and they needed to tie to make it to the upper division for the spring. When my mom and I got there the game was tied in the next 7 minutes, they scored 2 goals. So they won 3-1. It was a great success! 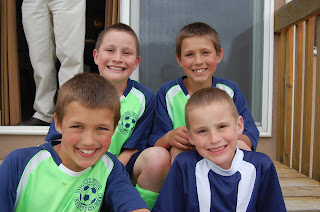 After the games, we rushed home to change for the baptism. The baptism was great, and my talk went good. The funny part was that the lady giving the baptism talk gave my holy ghost talk to. It was pretty funny.
After that we hurried home to change for the game. We had to leave two hours before the game started because my dad had to be there early for the chain gang. And we wanted to see my brother on the jumbo-tron, he had a clip from football camp that was going to be shown. It was a good game although we shouldn't have taken Parker and Megan and Charlee. They were so bored by the middle of the second quarter.
After the game John and I went for shakes at JCW's it was so delicious. Reese's and Cheesecake. Mmmm my favorite 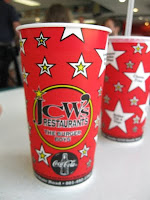 After some good ol' catching up, and discussion at the recent topics that have been going on with the church and recent talks that were given in conference. (thats another post for another time) After I got home I went over to Hillary's to hang out with her and Ali. We had a great time catching up, painting our fingers and then watching a movie.
Sund was just as great, going back to the singles ward and seeing alot of old friends. We then had family dinner in provo and I got to spend the night with all of my cousins and family.
Posted by Kaylee No comments:

So that stats test I had two weeks ago. We got our test scores back on monday, and I got a ..... 100%
This has never happened to me, EVER!!
WAHOOOOOOOO
Posted by Kaylee No comments:

Email ThisBlogThis!Share to TwitterShare to FacebookShare to Pinterest
Labels: school

USU finally did it! After 17 years Utah State finally beat BYU in football! I went with all of my roomies, we went and stood in line at 3:45 and the game didn't start until 6. When we got in the doors at 4:30 we rushed and got some great seats! Ally, Lauren and I saved seats for Leo and his friends, Liz and her roommate, Felicia and her sister, and Jen and Kelly, Natalie and her boy. We had a great time screaming and cheering for our aggies. 31-16 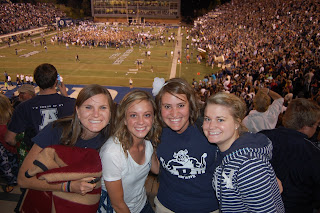 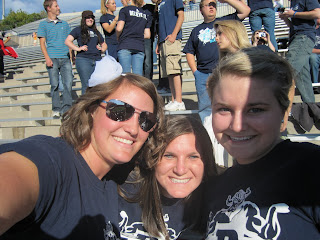 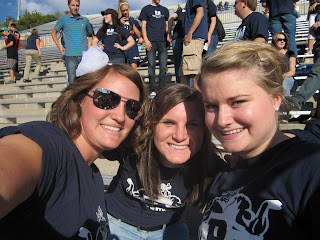 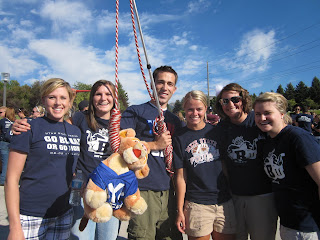 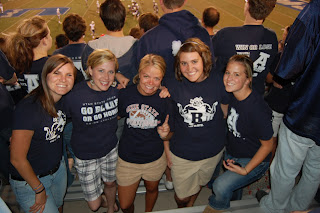 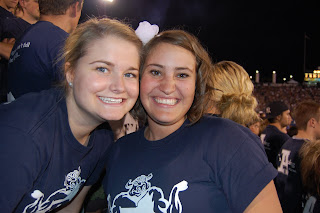 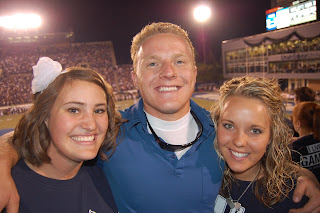 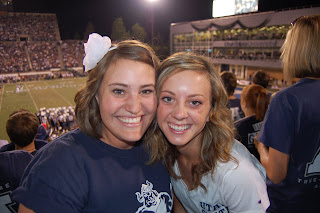 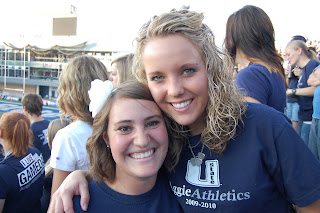 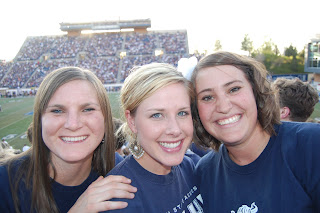 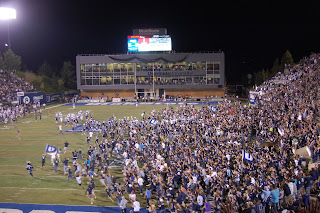 Kaylee
I love life, and I love taking new adventures. I just got back from the best adventure of my life and I'm ready for more :)